All About the Georgia Scorpion 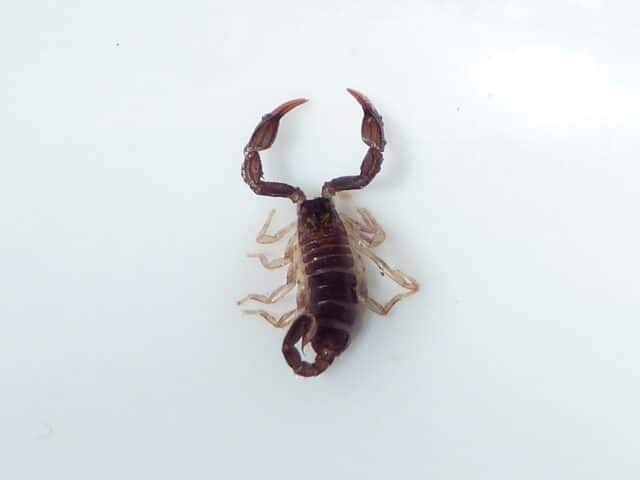 Did you know that there are over 2,500 scorpion species and 22 families living today? That is a whole lot of scorpions and even more potential to run across one. Quite frankly, as interesting as they are, you don’t want to run into one or stick your foot in a boot with a scorpion hiding inside.

Allow Proactive Pest Control to educate you a bit more about the elusive scorpion.

History of the Scorpion

Scorpions are hardy pests that have been around for millions of years. They have proven themselves to be survivors and a force to be reckoned with.

How have they survived for so long in harsh climates like the deserts and the rainforests? There are several reasons.

All these traits have benefitted the scorpion all of these years in surviving the planet and its changes. 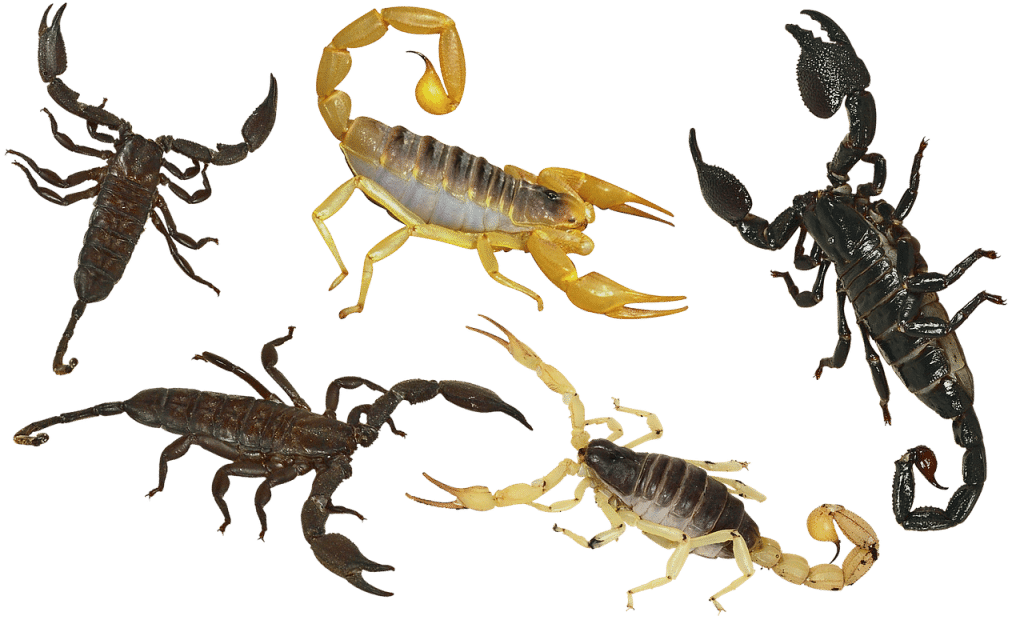 Attributes of the Georgia Scorpion

The scorpion is a scary-looking little pest that appears to be a cross between a lobster and a spider. In fact, they are a predatory arachnid. Scorpions have eight legs, with the front two being pincers. The segmented tail has the feared stinger at the end and is often held curled up and over its back.

Here are a few of the scorpion facts you should know.

Pretty interesting insects, right? Now that you are more familiar, here are the varieties located in Georgia.

In Georgia, two scorpions are native to the state. They are the Striped Scorpion and the Devil Scorpion. However, the Florida Bark Scorpion has been slowly but surely creeping into the state.

First, you should know the striped scorpion is non-lethal, but the sting is painful. If you are stung, the area will heal on its own. To identify this type of scorpion, you would need to see the two stripes along the back. The body is a dark brown, and the legs and tail are a light yellowish color. The stinger is black, and they are between one inch and three inches long. These are the scorpions campers are likely to find in their shoes and sleeping bags. They are often found in homes as well.

The devil scorpion is the tropical scorpion, preferring humid climates. These pests are also found creeping around campers and their tents. They are a solid brown variety and are also not deadly to humans. However, if a child is stung, they will want to see a doctor. Devil scorpions can be about the size of your human palm, about two to three and a half inches.

Yes, this one is native to Florida, but it is creeping into Georgia. So, we thought it prudent to make you aware as these are the venomous type of scorpion. Identifying them is easier than you’d think. They are brown and sometimes a reddish color and are the largest of the scorpions mentioned here. These Florida Bark Scorpions are around four to six inches long. 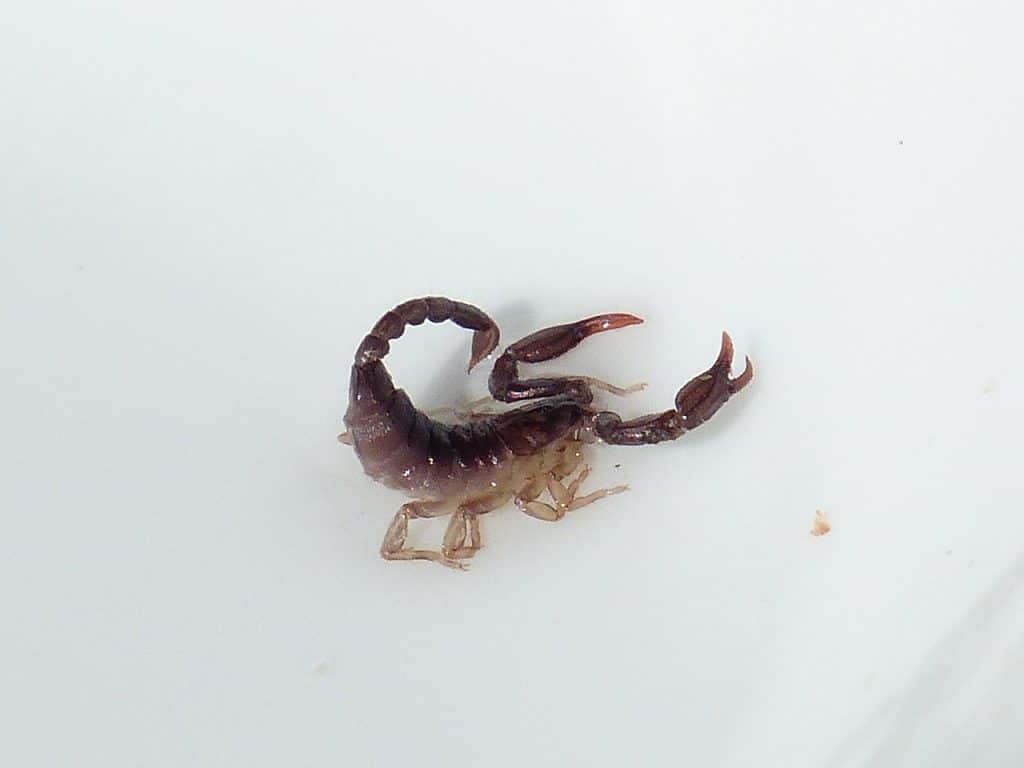 The Most Dangerous Scorpion

The scorpion of myths and legends, the feared one, the scariest of them all is, in fact, the Arizona Bark Scorpion. It is found in America’s southwest and Northern Mexico and is two to four inches in length. This scorpion is yellowish-brown to tan in color and strikes fear in those who encounter it.

The venom in a human adult will cause extreme pain, temporary area paralysis, convulsion, and irritation. If a person has known health issues, is weak, or is a child, seek immediate medical attention.

However, a healthier adult can follow first aid measures and keep an eye on the symptoms. As always, if conditions are extreme, call emergency services.

If symptoms persist or worsen, see a doctor immediately.

At Proactive, we see a whole myriad of different insects. And perhaps the scorpion is one of the creepier pests we encounter. Understanding the attributes of each insect we treat helps the technicians to follow patterns and virtually eliminate the pests in your home.

That said, you can do things as a homeowner to ensure scorpions do not get into your home.

Additionally, let’s dispel the rumor that a housecat is a good deterrent for the scorpion. Yes, a cat is quick enough to catch one, but if the scorpion gets in a good stink, the cat will be in trouble. So, please only use a cat to retrieve mice, not scorpions. Let your local pest elimination service do that one.

You should also know, as with most insects and rodents, where there is one scorpion, there are many more. It is likely true that the male scorpion is territorial. But they do multiply rapidly. So again, if you see a scorpion, you probably have an entire colony nearby. Call your pest control company to get them all.

Proactive Pest Control Eliminates Georgia Scorpion Activity in and Around Your Home.

Let the friendly technicians at Proactive Pest Control place a protective barrier around your home to keep the scorpion out. That way, you may never need to wonder if a sting is one to consider an emergency. Especially if you live in a wooded area of Georgia, scorpions can pose a real threat to families.

Contact Proactive Pest Control as soon as you see a scorpion. And enroll in the maintenance plan to ensure you never see one at all.